How to import Zendesk satisfaction ratings to Simplesat.

Written by Cory Brown
Updated over a week ago

Simplesat allows you to import and continually sync satisfaction ratings from Zendesk. In doing so, you can continue to use Zendesk's core satisfaction feature while being able to take advantage of the insights and publishing tools Simplesat has to offer.

You'd need to create a survey first, before activating the Import Zendesk Satisfaction Ratings. Once done, you can now activate the integrations.

Note: Here's how to generate a Zendesk API Token

How the sync works

After you authenticate, Simplesat will immediately import the past two years of satisfaction data.

Once done, we'll check every 30 minutes to import any new satisfaction ratings.

Note: By default, the historical data from Zendesk will be imported to the first Simplesat survey that you've created.

All Zendesk satisfaction ratings will show up on the Feedback page. Ratings from Zendesk will display the team member, ticket ID, subject, and channel information. 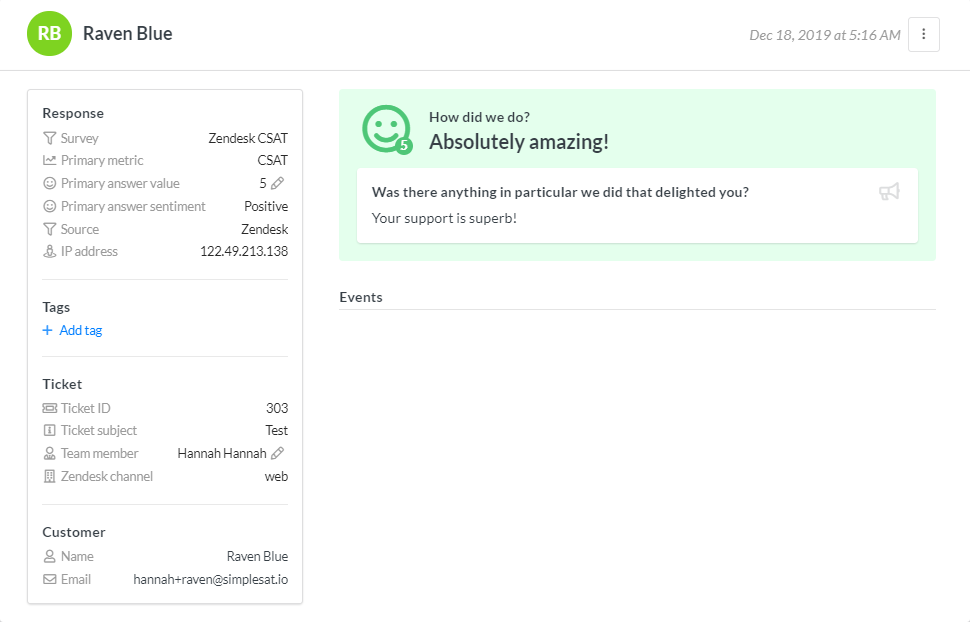 To disable the sync:

After removing the integration, new ratings will not be imported, but old ones will stay on your dashboard.

Did this answer your question?